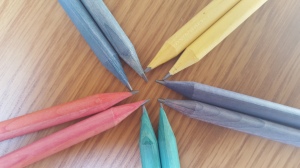 Writing things down, especially negative thoughts, feelings and emotions, can make us feel better. Just picking up a pen and writing what comes to mind can be incredibly cathartic and therapeutic, and can help you put into words what you really feel.

To get into the spirit of National Poetry Day, how about attempting to express your feelings in a poem? The structure and discipline of poetry can offer containment to difficult or overwhelming emotion, and can provide a tremendous feeling of release and satisfaction. It can help provide meaning on the page from the chaos in your mind.

There is a poem structure called the acrostic poem. Here’s how to make it work for you:

Here’s an example, with the emotion ANXIETY:

And here I am again.

No closer to the reassurance I need:

X-raying all my closest

Interactions to see if they can

Ever be any better.

Truly tired of being inside my head.

Yearning for some peace instead.

The poem will help to ‘ground’ the emotion you’re feeling through the structured engagement with the initial letters of the word. Writing about an emotion in this way names it, captures it, and takes it power away.

World Book Day is that time of year when children are encourage to talk in rhyme, read their favourite books, visit libraries, engage with their favourite authors, and dress up as a book hero or villain.

But why let World Book Day be all about the kids? Awareness Days mark something to be celebrated, and sometimes one can capture our souls more than others. World Book Day, for me, is about optimism and adventure and creativity and imagination. It’s about remembering something wonderful about our past, and possibly creating something for our future. World Book Day always encourages me to write. Something. In honour of all the words and pages and books that have gone before me, that have inspired me, and have held me when nothing else could.

I work with people who would love to have the freedom to write and yet feel blocked, stuck, stupid, unworthy. All core beliefs that leave them in non-writing. World Book Day can be just the excuse you need to get your pen out and scribble on a scrap piece of paper, or your poshest notebook. Whatever needs to emerge will emerge. Just as I rocked up to write a blog post about writing and World Book Day without a plan or an outcome. Just in honour of a feeling.

Related post: Why reading a good book can be therapeutic (and not just on World Book Day) 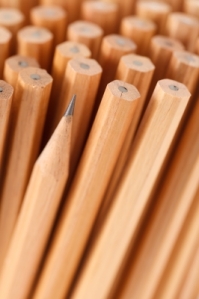 Expressing the unexpressed in writing can be a healing and resilient experience for people battling cancer. (pic courtesy of Sura Nualpradid/ freedigitalphotos.net)

The act of expressing thoughts and feelings in words and song lyrics can help cancer patients find more resilience and coping strategies to help them live with the disease. Two recent therapeutic writing projects shows just how effective writing your pain down on paper can be.

The first project, a ‘Therapeutic Music Video’ (TMV) was run by the Indiana Nursing School in Indianapolis for adolescents and young adults undergoing stem cell transplant treatments for cancer. The aim of the TMV project was to encourage the patients to explore their thoughts and emotions about their disease and treatment through the creative process of writing song lyrics and producing a music video. Oncology Nurse Advisor reports that the project helped patients express what had remained unspoken, allowed them to reflect on their experience of illness and treatment, and helped them identify what was important to them (friends, family, spirituality, healthcare professionals).

The 113 patients took part in 113 sessions over six weeks, where they made music videos and share them with loved ones, so they could also gain a new perspective on the cancer patients’ experiences.

The study found that that the TMV group reported “significantly better courageous coping”, especially through feeling better connected and supported by family and medical staff – helping to boost their feelings of resilience in the face of their disease.

A second study, published in the Journal of Clinical Oncology, found that expressive writing could boost quality of life for renal cancer patients. The report authors concluded: “Expressive writing may reduce cancer-related symptoms and improve physical functioning in patients with renal cell carcinoma. Evidence suggests that this effect may occur through short-term improvements in cognitive processing.”

In other words, the chance to give outer expression to inner conflicts, struggles and challenges can, to some extent, be healing. 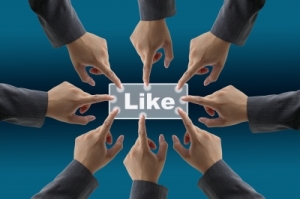 Seeking ‘likes’ from friends can encourage acceptance and forgiveness for our deeds. (pic courtesy of Vichaya Kiatying-Angsulee/freedigitalphotos.net)

Facebook: a platform for perfectly groomed self-promotion, or an explorative ‘confessional’ place to discover your feelings and identify ways to improve yourself? Most of us might think the former, but a researcher into the creative industries thinks otherwise.

The act of posting your achievements for all your Facebook friends to admire, from your latest DIY success to the number of miles you’ve run this week – as well as sometimes admitting to some mistakes you’ve made along the way – can apparently make you more self-reflective. And this can lead to more self-awareness and personal growth, according to Dr Theresa Sauter from the ARC Centre of Excellence for Creative Industries and Innovation in Australia.

Showing off what’s been good about your day proves that you’re doing OK in life. And sharing what hasn’t gone so well shows awareness that your behaviour may not be top notch – especially when friends can ‘like’ or comment on what you’ve posted, says the research.

“It can become a therapeutic tool that helps people discover how they feel and how they can improve themselves,” says Dr Sauter.

I think there are two interesting ideas to emerge from this piece of research. END_OF_DOCUMENT_TOKEN_TO_BE_REPLACED 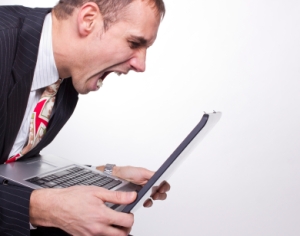 “Anger is an acid that can do more harm to the vessel in which it is stored than to anything on which it is poured.” Those famous words of Mark Twain have been given a contemporary twist in research carried out to discover the impact of venting anger online. Can the acid of anger come back to harm you?

Psychologists from the University of Wisconsin-Green Bay investigated Anger on the internet: the perceived value of rant-sites. They carried out two studies to look at the way people express anger anonymously on blogs, social networks and on rant sites (forums specially created for venting anger), how they feel after ranting, and the emotional impact of reading angry posts. They particularly wanted to find out if venting anger can be cathartic in the short and long term.

All participants in the first study said they felt calm and relaxed immediately after ranting online. But those who vented frequently were found to become angrier rather than calmer. The study found that frequent ranters have higher anger scores and “express their anger in more maladaptive ways than the norm”. They were also found to demonstrate anger ‘offline’ too, averaging one physical fight and two verbal fights per month, and half of them had been told by others that they had an anger problem. As for the emotional impact of reading rants online in study two, people became less happy and sadder after reading the rants.

So, what to make of these results? They are partly in line with catharsis theory, as emotional release can be healing. But, importantly, only if it is directed in an appropriate way. Unlike expressive writing, where you’re encouraged to spill your feelings onto the page as a way of working through emotional problems, venting is “void of any structure” and doesn’t have an end in mind other than letting off steam (which then causes more anger in the long term). But through the  process of expressive writing, the person spilling their stresses on the page learns to face and ‘own’ their issues.

But in the online-venting study, there were some revealing responses from participants:

It seems that angry people want to be listened to, acknowledged, and validated. They want their feelings to be seen, heard and understood. Perhaps their reason for venting anger online anonymously is a fear that their anger cannot be tolerated by the person or thing they’re angry about, and they’re afraid of repercussions? And perhaps they’d secretly love to trade the bitterness of their acid for the milk of human kindness?