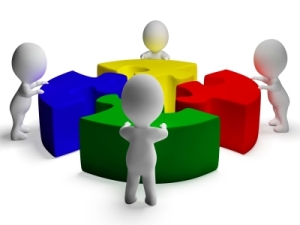 If you’re depressed, you can feel lost and alone, as if everyone were against you. It can be a terribly isolating place, and it’s easy to withdraw from interacting with the world. Yet making the effort to connect with a group can be one of the first steps to recovery from depression.

A study from the Canadian Institute for Advanced Research (CIFAR) discovered that finding a connection with social groups can help alleviate depression and anxiety and prevent relapse.

People who took part in the research joined either a community group with activities such as yoga, sports and art, or took part in group therapy. What made the difference in both groups was the sense of connection participants felt with the other group members. Those who did not identify with the rest of the group had a 50% chance of feeling depressed a month later. However, among those who felt a stronger connection with the group, less than a third were clinically depressed a month later.

The difference is a feeling of being supported by the rest of the group, of everyone being ‘in it together’. In other words, depressed people began to feel a sense of ‘us’ rather than ‘them’. The study concluded that “joining groups, and coming to identify with them, can alleviate depression”.

What is significant about this research, however, is that the ‘group’ aspect of social interaction is crucial, rather than just the interpersonal relationships within groups. Finding groups with whom you have an affinity could be the first step to feeling lighter and happier.