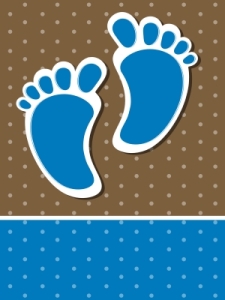 Therapists like me hear the stories of dozens of people affected by miscarriage, often because no one else around them (friends and sometimes family) wants to listen. Miscarriage is one of my specialist areas as a counsellor and psychotherapist. What I’ve learned is that ‘the world’ doesn’t/can’t/won’t understand that a miscarriage is a major loss and requires a process of grieving in order to come to terms with it. END_OF_DOCUMENT_TOKEN_TO_BE_REPLACED 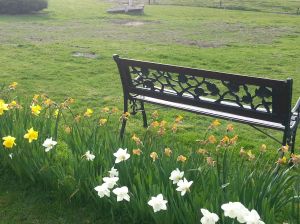 Is it possible to put a day and time on when you’ll feel better after a bereavement?

I’ve always taken the view that bereavement has no timescale attached to it. The day will come when the pain alleviates, but it won’t disappear for good. Grief is for life. And we learn to live with it. I believe that we grieve for as long as we need to, even when the rest of the world believes we should be “getting over it”. Whatever “over it” means.

However, new research from a charity that offers end-of-life care is challenging my views. A survey of 2053 people by the Sue Ryder charity, which offers support and advice on death, dying and bereavement, has calculated the amount of time it takes to feel better after a bereavement: two years, one month and four days. Crucially, the research found that people who had someone to talk to about their grief would recover far more quickly than people who couldn’t open up about it. People with no support grieved, on average, for nearly three years (an extra eight months, three weeks and five days compared with people who could speak about their feelings).

Significant stats from the Sue Ryder survey include:

The Sue Ryder charity is offering an online forum for support following a bereavement, as it may be easier to open up anonymously if embarrassment kicks in at not being able to “cope”.

My view is that one’s bereavement is one’s bereavement. The length of time it takes to grieve depends on the circumstances of the death, the attachment you had to the person who’s died, and how you feel about yourself at the time. Reaching out for help can be a lifeline. But only you can know when the time is right for you. 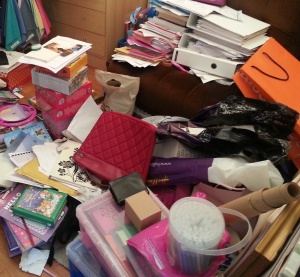 “Knowing what you need is more than knowing what you want,” says Oprah Winfrey in an article about clearing her clutter. Big words, big aim – but not making anyone immune to the anxiety that goes with clearing out the clutter of our lives that can keep us stuck.

Even Oprah admits to feeling some anxiety – and wanting to buy back some of her stuff – when dealing with the emotional impact of saying goodbye to some of her most prized possessions. Ultimately, her instincts were that “instead of feeling walled in by stuff, [she] want[ed] to feel surrounded by calm”.

Having a vision for a cleared space is admirable. Many of us want to feel less ‘walled in’ by our clutter, but there can be so much invested in the objects we hold dear – especially if those objects belonged to someone who is no longer in our lives.

Oprah’s point is that our stuff doesn’t have to own us, but it can be so hard to let go. Who’s to say when it’s time to let go of a particular object?

Experience of letting go shows that you more you’re able to release to the world, the more the world is able to release to you. Hold onto the objects that you’ve paid a fortune for, but you have no further need of, and work out what you will get in return. Release objects to people who really need them, instead of hoarding them yourself, surely has to be the opportunity we’ve been given: to bestow on others the gifts that we have been given ourselves.

In Oprah’s words – assuming we’re not wanting for our basic needs – then “less actually is so much more”.