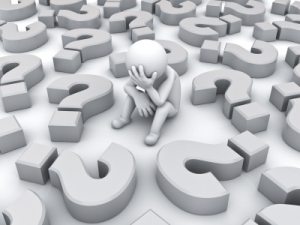 Men’s stress makes them unable to relate to what’s going on around them (pic courtesy of FreeDigitalPhotos.net/MasterIsolatedImages)

Stress makes men shut down, think only of themselves, and makes them unable to empathise with those around them. Women, on the other hand, become worried about other people. More evidence, perhaps, that could explain the difference in gender responses – and how the breakdown in communication and empathy explains why some relationships just don’t work. Or, at least, that’s according to new research from SISSA.

Men become unable to distinguish their own emotions and feelings from those of other people when subjected to stress, says the study. Women become more ‘prosocial’ while men think that everyone else must be feeling the same way they do.

“There is a subtle boundary between the ability to identify with others and take on their perspective and therefore be empathic, and the inability to distinguish between self and other, thus acting egocentrically,” say the researchers. “To be truly empathic and behave pro-socially, it’s important to maintain the ability to distinguish between self and other, and stress appears to play an important role in this.”

Women apply more ‘social strategies’ when stressed – meaning they reach out and ask for help – while men expect everyone else to feel the same way they do.

To work out how to communicate more effectively with your partner, under stress – whether a man looking to become more empathic, or a woman looking at ways to cope with stress – call 07956 823501 or email davanticounselling@gmail.com