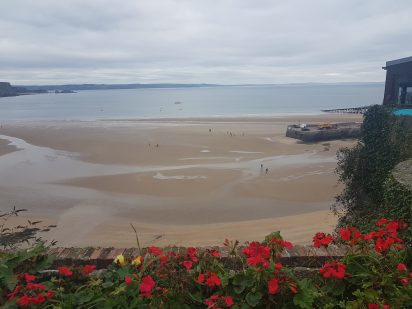 Coastal living can reduce the chances of suffering from depression and anxiety.

Living close to the seaside has a swell of benefits for mental health, especially for people on lower incomes, according to a study from the University of Exeter.

The research, which looked at the link between coastal proximity and self-reported mental health using data from 26,000 adults living in England, was published in the Health and Place journal. The findings show that people living less than a kilometre had “significantly lower odds” of suffering from a common mental health disorder (CMD) compared those living 50km away. This difference was more marked in those from low-income households.

In England, an estimated one in six adults (17 %) surveyed were suffering symptoms of a common mental disorder, such as anxiety or depression. However, this survey is the latest in a series of studies that shows how exposure to natural environments – green as well as blue spaces – can support mental health and wellbeing.

Those benefits can include more opportunities for social contact and physical activity, reduced stress, improved air quality and immune functioning, lower levels of psychological distress, and a greater chance to feeling psychologically restored after a trip to the seaside.

Dr Mathew White, environmental psychologist at the University of Exeter, is calling on leaders to ensure more people have access to ‘blue spaces’ such as sea, lakes and rivers, because of the reported uplift to physical and mental wellbeing. He said: “This kind of research into blue health is vital to convincing governments to protect, create and encourage the use of coastal spaces. We need to help policy makers understand how to maximise the wellbeing benefits of ‘blue’ spaces in towns and cities and ensure that access is fair and inclusive for everyone, while not damaging our fragile coastal environments.”

This latest survey adds to a body of evidence collated by Blue Health that points to the benefits of blue spaces to physical activity, emotional wellbeing and mental health.