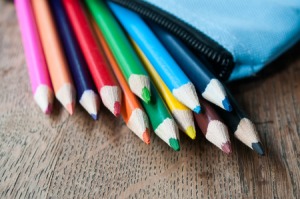 Adult colouring books have been all the rage in the field of mental health for the last few years, said to decrease stress and increase mindful living by encouraging the person colouring-in to slow down and enjoy the moments of life. As well as being a pleasurable activity, new research has shown that daily colouring is becoming a creative way of helping to reduce the symptoms of anxiety and depression.

In a new study called Sharpen Your Pencils by the University of Otago in New Zealand, published in the Creativity Research Journal, the researchers set out to prove whether adult colouring books really were ‘living up to the hype’ of promised therapeutic value.

To carry out the research, they randomly assigned 115 women participants with either a booklet containing 10 pictures to colour in (including abstract shapes, nature images and mandalas) or a booklet of puzzles, including logic problems, Sudoku and word searches. They all filled out an inventory of their perceived levels of depression, anxiety, stress, resilience and mindfulness. They filled in this survey again a week later, after doing puzzles or colouring-in for 10 minutes a day.

The results showed that while both groups had become more mindful, there was a difference in mood for the group who did the colouring-in. The participants showed reported a reduction in their depressive and anxious symptoms, suggesting that the activity of colouring-in has more mental-health benefits than had previously been believed.

Study joint author Dr Tamlin Conner said: “Our findings bode well for the potential psychological benefits of colouring-in. In this way, colouring-in could be considered an act of everyday ‘little ‘c’’ creativity, in much the same way as gardening or gourmet cooking. With its low risk and accessibility, we feel comfortable adding colouring-in to the growing list of creative activities for improving mental health outcomes.”