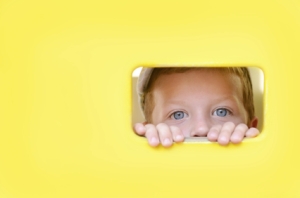 Avoiding fear as a child can lead to anxiety. (pic: istockphoto.com/Omelchenko)

Picture a little child playing, and she’ll cover her eyes when there’s something scary and doesn’t want to see, and she’ll make everything magically go away. But unfortunately when she opens her eyes again the scary thing is still there. And avoiding scary situations is more likely to make children anxious, according to research from the Mayo Clinic.

It studied 800 kids aged seven to 18 to measure their avoidance habits. It asked their parents whether the child asked to do something later if she was worried about it. And researchers also asked the children to describe what they do when they’re scared – for example: “When I’m scared of something I don’t go near it.” They also measured the kids’ levels of anxiety.

The study found that levels of avoidance could predict future development of anxiety, as the children who described avoidance behaviours at the start of the research tended to be more anxious a year later. Dr Stephen Whiteside from the Mayo Clinic says this is a way of gauging how children can develop anxiety disorders when they’re older.

He recommends cognitive-behavioural therapy (CBT) as a way of gradually exposing children to what they’re afraid of. Avoidance scores dropped by half among children who had CBT. “Kids who avoid fearful situations don’t have the opportunity to face their fears and don’t learn that their fears are manageable,” adds Dr Whiteside.